Difference between revisions of "Casuvo"

Located within the southern highlands of Biesen, Casuvo grew into a town simply as a market for the surrounding villages. It received market rights in 179 BV (year 33 of the Biesen calendar), when it had a population of about 600.

A wooden wall surrounds the town, which beginning in 35 AV (year 247 in Biesen) is slowly being built up to a stone wall. Construction is slow, however, and less than a quarter of the town wall has been upgraded thus far. 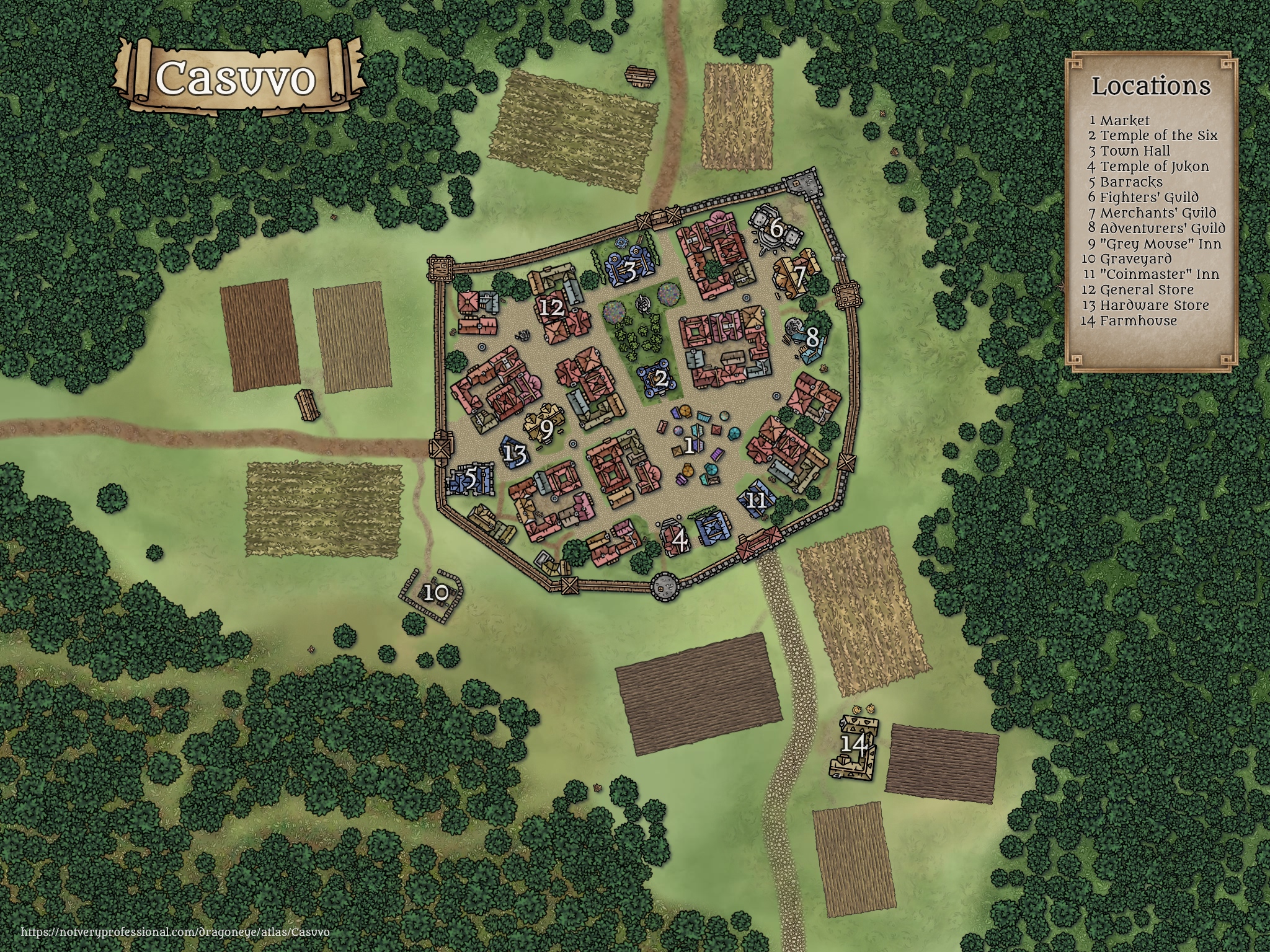 The market square is still the most important place of Casuvo. Market days are every third day in summer and autumn, every fifth day in winter and spring.

A recent addition to the town, built between 39 AV and 46 AV, this temple of the Faith of Nesra is the religious centre of Casuvo. It is large and opulent for a town this size, though still dwarved by the temples of larger cities. Each of The Six has his own corner here.

The second recently errected official building is the town hall. It, the Temple of the Six and the park inbetween them take the place of a former residential neighbourhood that burned down in 31 AV. The town hall is also the community centre, meeting place, tax office and has guest rooms for visiting nobles.

The older and smaller temple of Casuvo has been converted into a temple to Jukon, the god of justice and order. With the importance of trade and the dangers south Jukon has always been a town favorite.

Located in the west of Casuvo, the "Grey Mouse" is a simple inn popular among all kinds of travellers. It has a tavern that many of the locals frequent as well as 8 guest rooms above.

Conveniently sitting between the market and the southern gatehouse, the "Coinmaster" caters mostly to merchants and traders. It is more expensive than the "Grey Mouse", though quality is not that much higher.

Tools, pots & pans but also some weapons and the occasional armour can be found here. The hardware store also has a small smithy attached, used mostly for repairs. 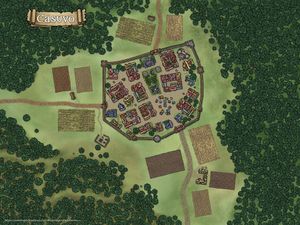