Rurdet is medium-sized but isolated in Akingea in Palan with a population of about 390.

Located just south of a hillside and not far from the local capital Mekezisi, Rurdet is a mining and logging town with some farmers and craftsmen.

The village is located within dense forest and has cleared little of it outside the main village area. There are some fields within the settlement area, but most of the local agriculture is in hunting and livestock, which grazes in the forest during the day and is brought into stables for the night as the forest is known to be full of wolves and bears.

Several roads lead outside the village, but only two of those - to the north-east and to the west - connect to other places. A road towards the north-west leads to an abandoned quarry site where another quarry was planned but turned out to be not likely to be profitable. Two roads lead to Ookard's Quarry to the east, which provides a seizable portion of the building stones for Mekezisi and other nearby settlements. Another road leads south towards two lumbermills, where most of the local logging occurs. 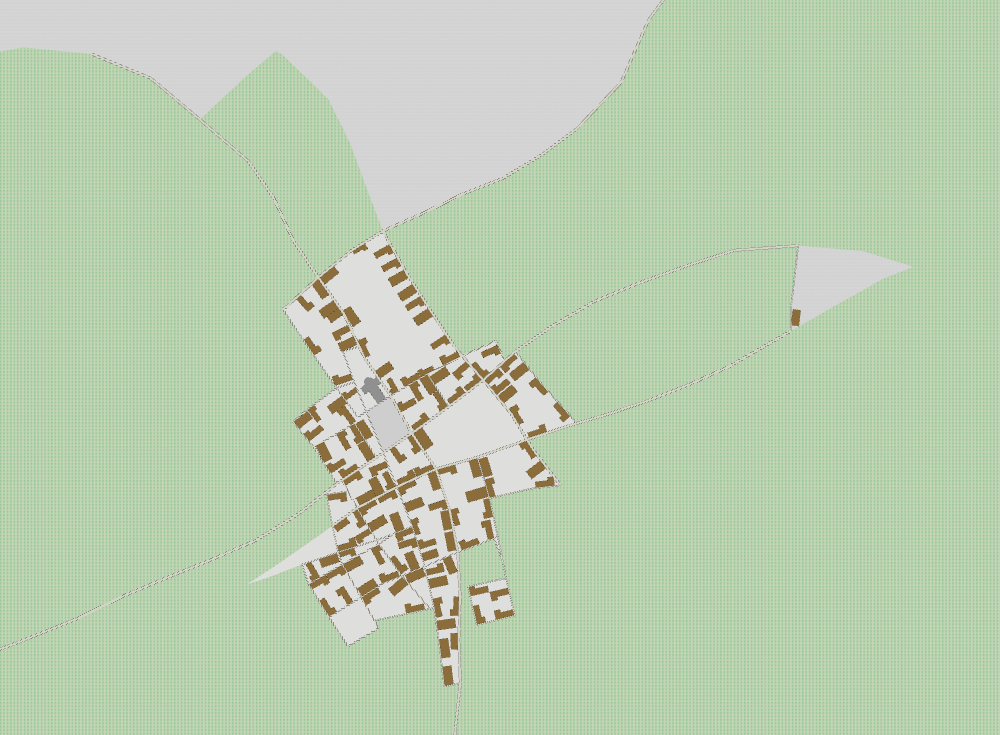 Within the village proper a central square serves as an occasional market and gathering place, with a temple located at its north edge. There is also a large well on the square, which provides the locals with fresh water (several smaller wells are also scattered throughout the village).

You can also find two blacksmiths, several carpenters and masons as well as a tailor and cobbler in Rurdet.