To file trolls under “intelligent creatures” is a discussable decision, but they do have a rudimentary language of grunts and can use simple tools and weapons, though they often hold them the wrong way and treat everything as essentially a club.

However, they are big and tough and heal so rapidly that you can see minor wounds close as you watch - if you are stupid enough to hang around and watch.

A typical troll stands about 3 metres tall and looks like an especially ugly human with green-brown skin and too-long arms that almost touch the ground.

Trolls are known for charging into battle with complete disregard to their own safety, relying on their natural armour and toughness. A troll will often put all his focus on the attack until he is wounded and realizes these enemies can hurt him, and then fight more balanced. Some trolls are smart enough to focus on defence until their natural magic has healed up the worst of their wounds. 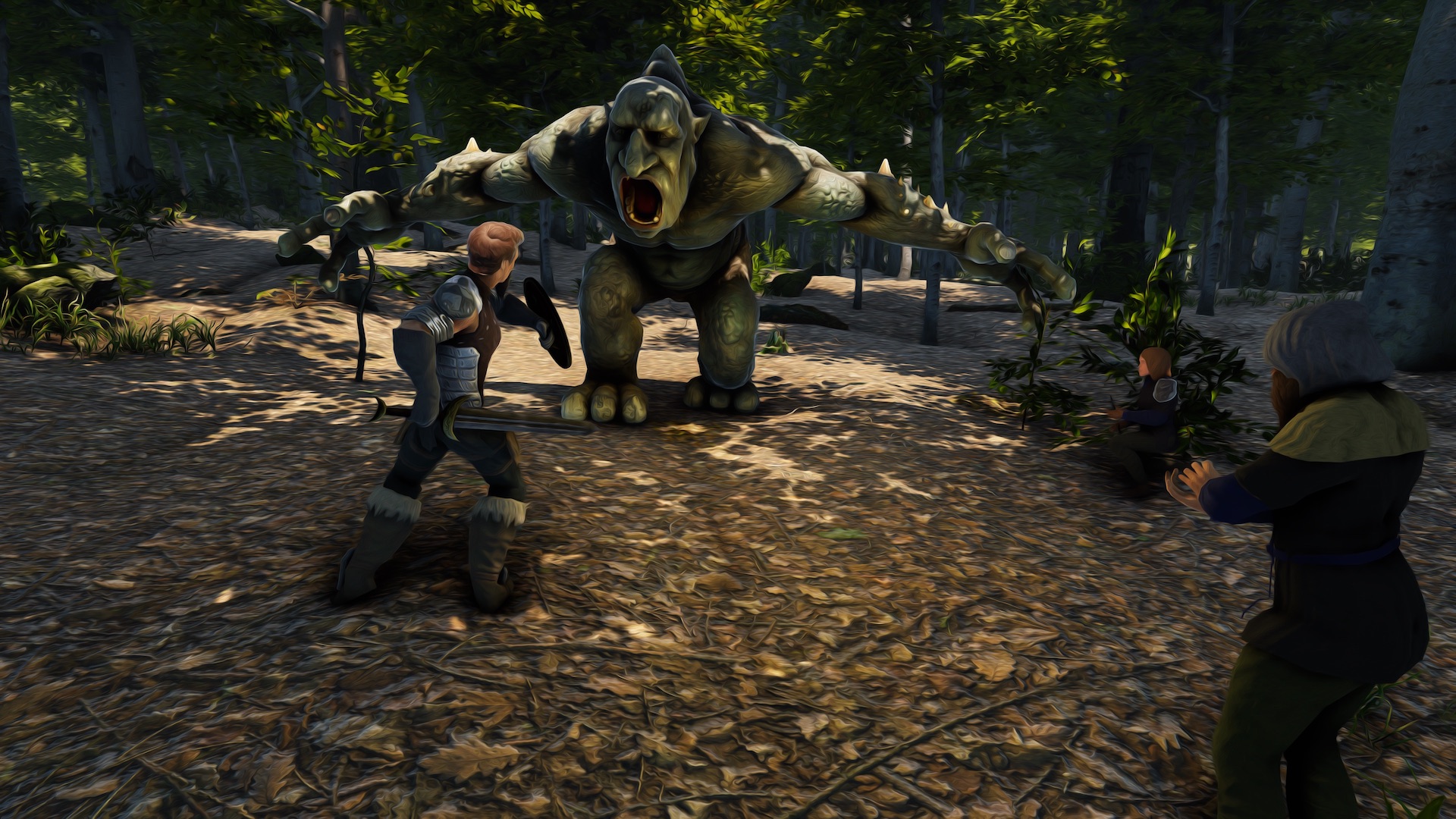