Difference between revisions of "Weierbach"

Weierbach is small village in Akingea in Palan with a population of about 90.

The most distinguishing feature of this forest village is that unlike almost all of the surrounding province, the Faith of Ikoyo is the dominant religion here. Given that the south of Palan, where Faith of Ikoyo is the majority religion, is almost 200 km south, this surprises most travellers, though not many come through Weierbach in the first place.

Together with nearby Rurdet, the village is calm and off the beaten track. Almost all traffic to and from the local capital Mekezisis takes the river or main road, for example. Most travellers passing through Weierbach are either moving between Rurdet and the town of Awaran, or are lost.

The people of Weierbach are members of the Weier clan, which is otherwise found in Batasa and Mukungia.

The people of Weierbach are self-sufficient, with several farms, hunters and several villagers fully capable of needed crafts such as carpentry, brewery, tailoring, shoemaking and other daily necessities. Only metal tools and large items such as waggons need to be bought outside the village.

There is also Weier Otfried, son of Jorgen, who serves as the village priest, healer and bee-keeper. 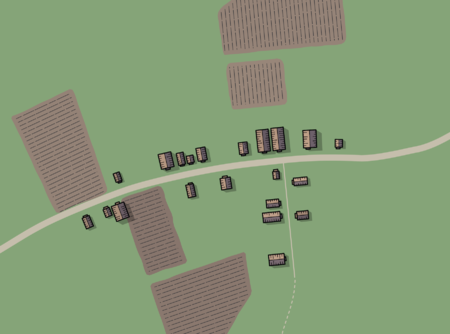