Lady of Rukia, Lingiria, Muhukia, Nkotodo and Kyono, also called "Lady of the Seas" for her focus on naval power and trade. She is a member of the Council of Twelve, the ruling council of Palan. Her title in this function is her magical rank of Grandmistress.

Vivien Gildermont is an experienced mage, politician and scholar. She is widely respected for her vast knowledge in history, politics and law. She is respected by her subjects and her court as well as most of her peers. 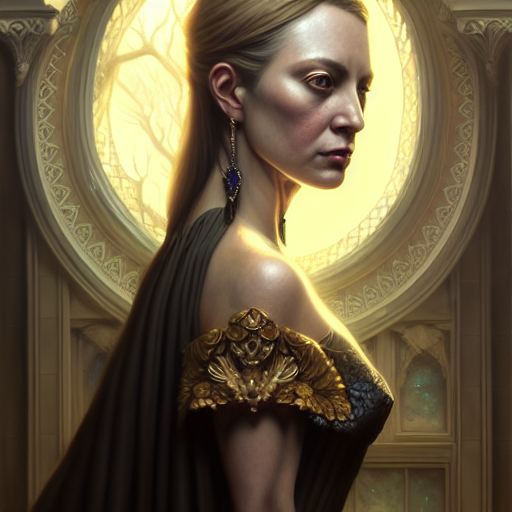 She is also known to support hardliner positions regarding the neighbouring realms of Sila and Vericum and has been overheard theorizing that a full-out war with the much larger empire could be won by Palan.

Lady Gildermont never married and has no children.

She currently travels with her official lover (acceptable in Kiswaili culture).

Her relation to her parents is said to be distant, even cold, though the truth of the matter is a well-guarded secret of House Gildermont.

Holding the rank of Grandmistress, Vivien Gildermont is said to excel in summoning and countermagic, as well as being known for various modes of magical travel that she routinely employs, from flight to portals and teleportation.