Mabimau is small village in the forests of Basco in Biesen with a population of about 80.

Located on the road between Casuvo and Tesenelon / Gallupo, the village sees plenty of traffic and travellers, but is too close to Casuvo to profit from it, as in good weather it is less than two hours to or from the town. As there are no further villages between Mabimau and Tesenelon either, the typical day trip will take a traveller from one town to the other, or if they are fast straight to the city of Gallupo. Almost nobody stops in Mabimau for the night, and so despite the road running straight through it, the village has remained a hunting and woodcutting community with a few animals and gardens for food.

Farming is unpopular and the ground not very fertile. It drops a bit towards Tesenelon and the road emerges from the forest into a patch of grassland, which the villagers sometimes use to graze their goats or cows, but not for agriculture.

The village stretches mostly along the main road (a so-called linear settlement or Straßendorf), with little forest cleared around it. Two small side roads lead to additional houses to the left and right. A common patch for grazing is located near the west end of the village, and a well near the centre reduces the number of trips villagers need to make to the nearby river. 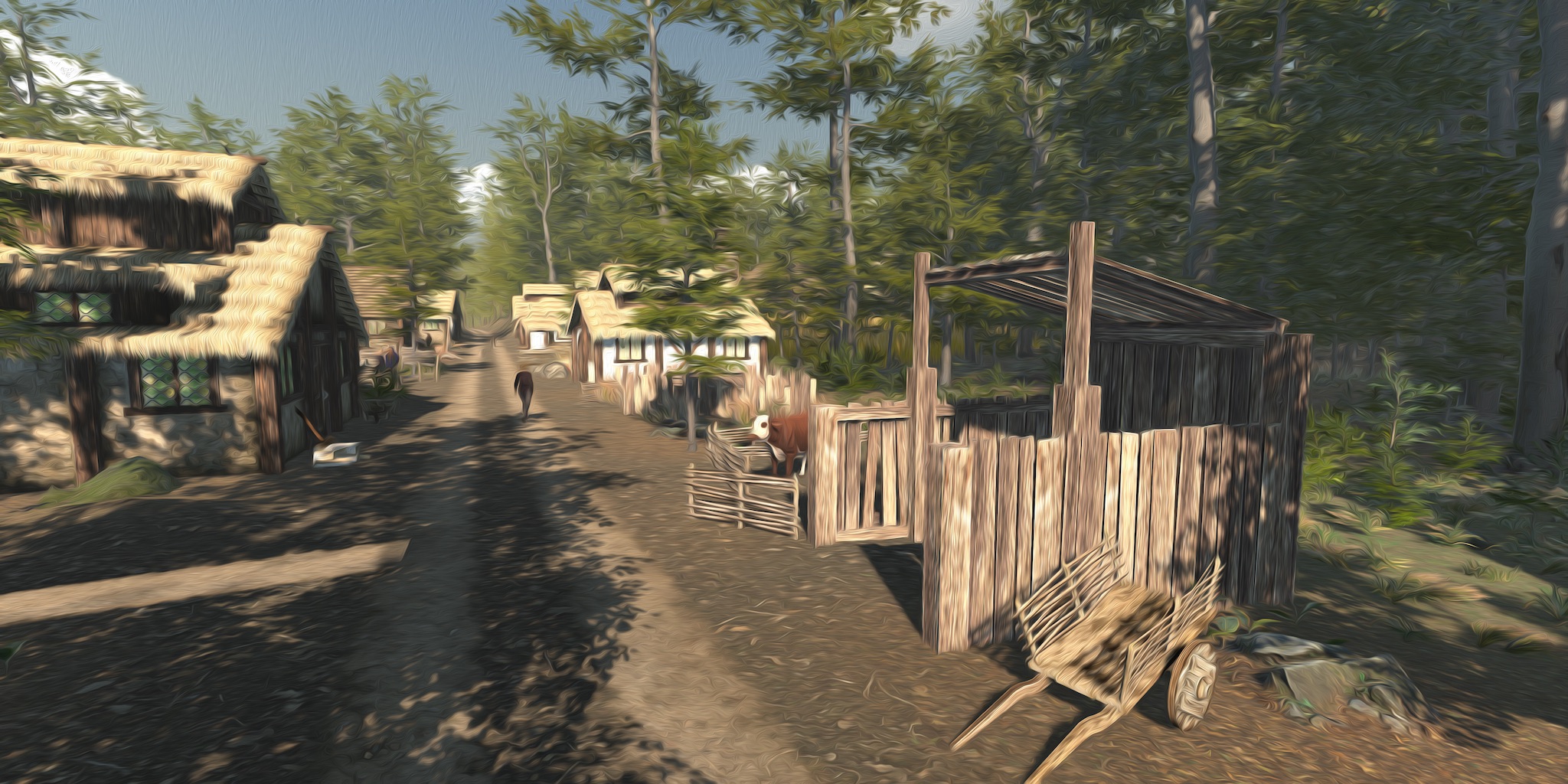 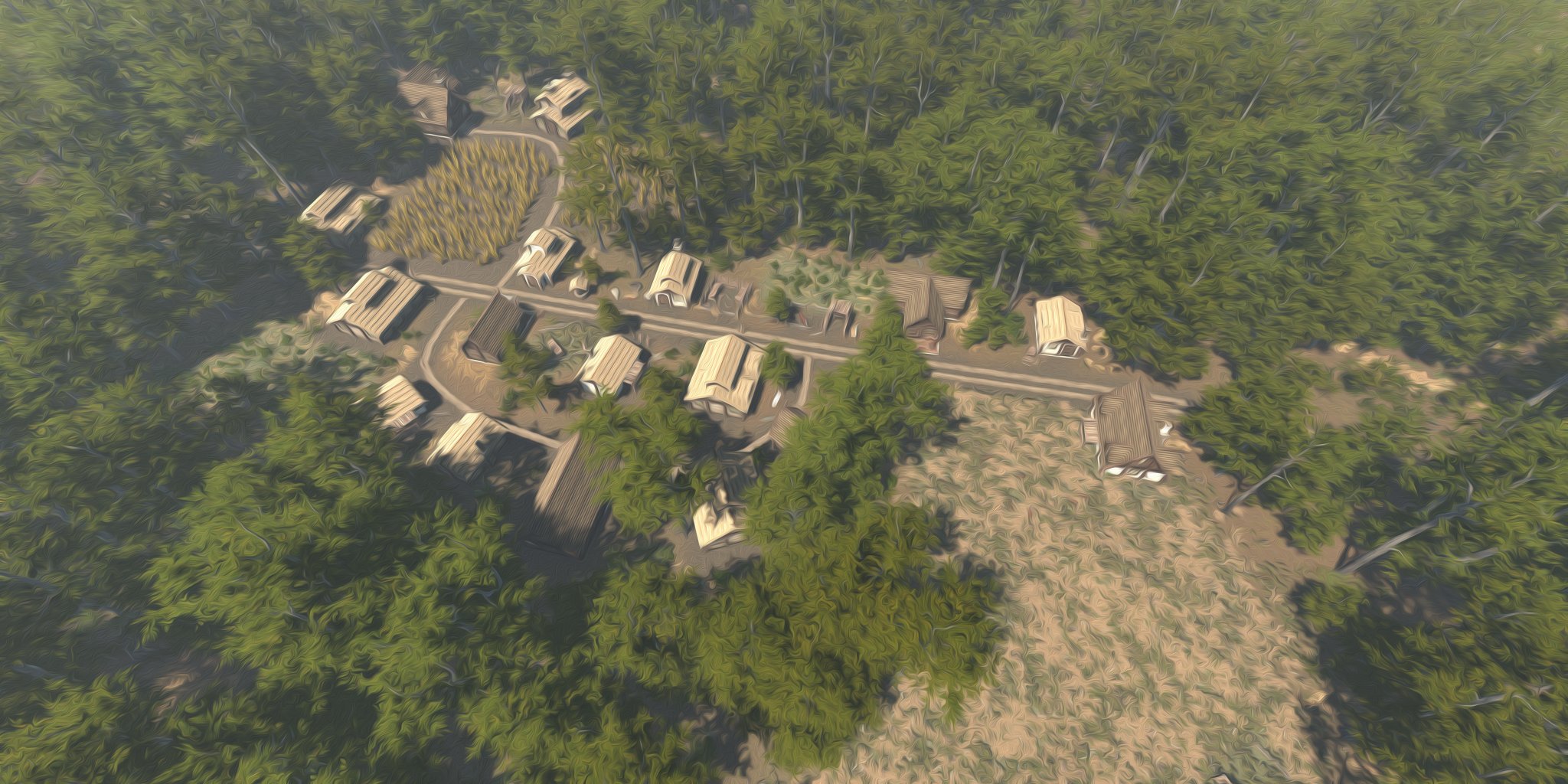