Saronale is small town in Basco in Biesen with a population of about 1100.

The town is located far enough from the Galle river to be unaffected by its regular spring floodings, and is connected to nearby Casuvo and eastwards to the city of Gallupo by a reasonably good road.

Saronale is a market town and its economy is a mixture of agriculture and craftworks. Several carpenters, smiths, leatherworks and such have made the town their home. It also has a tavern, an inn called "Galle Harbour" and decorated in nautical style, and the "Pleasure House", which offers massages, erotic dances and ladies by the hour, in the name of Ola, the goddess of love and Kusmis, the goddess of fertility. The local Faith of Nesra temple turns a blind eye to this slight twisting of religious matters, as the Pleasure House donates generously and conducts its business respectfully of both the faith and the community.

Saronale also has a small barracks and three stone towers guarding its gates, while the rest of the town fortifications are wooden. 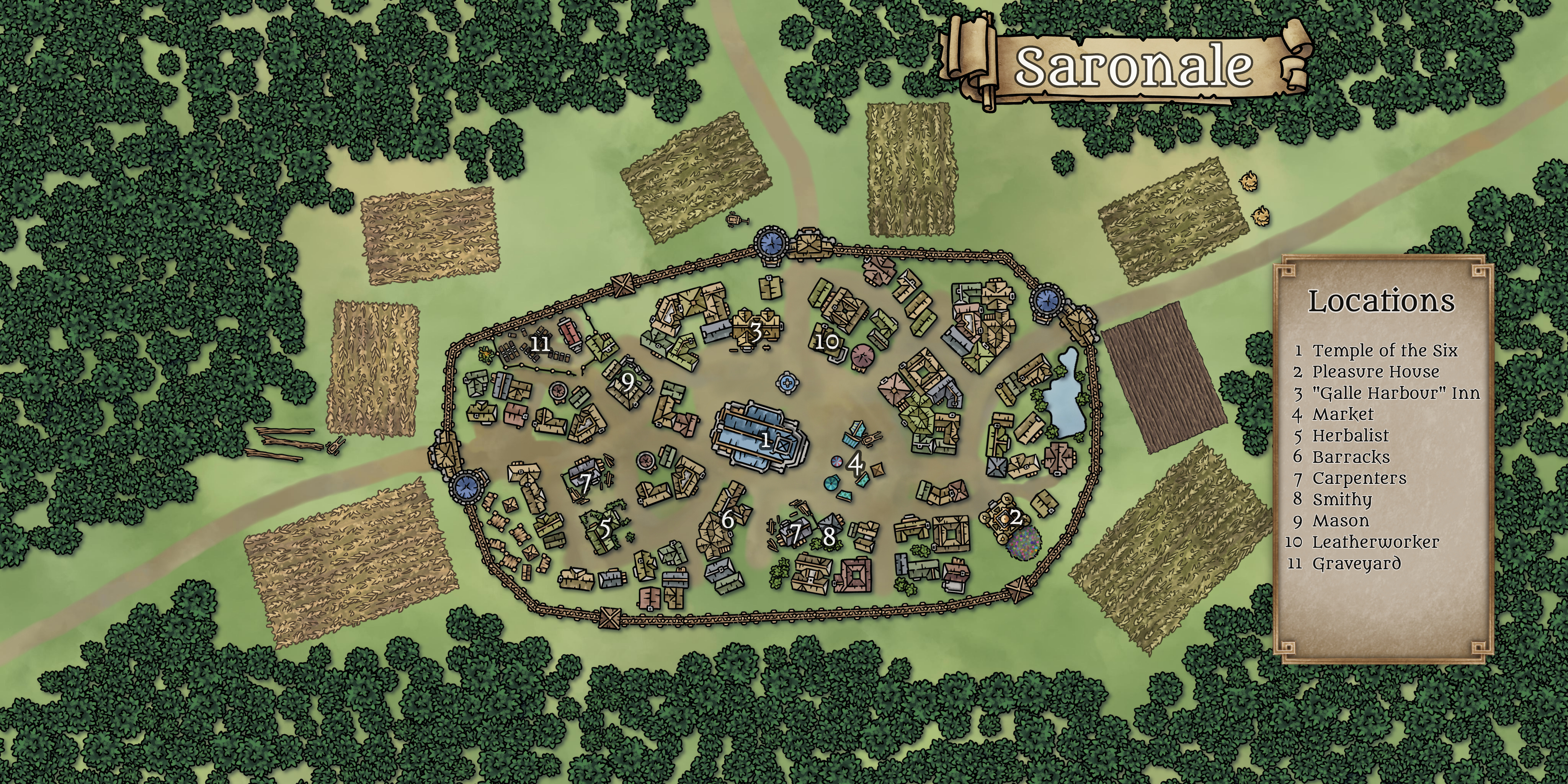