It is also the local seat of government, with Master Richard Thobocal residing in the city castle, though he is only there about half of the time. Unlike other lords of Palan, Thobocal takes an active interest in his province and capital city. Rumours have it that he often goes into the city under the disguise of powerful spells that change his appearance.

The oldest part of Mekezisi, and the most diverse. You can find a bit of everything within the Old Town, from workshops and traders to guild houses, taverns. This is also where the Grand Temple of Mekezisi can be found, near its northern end of Old Town. 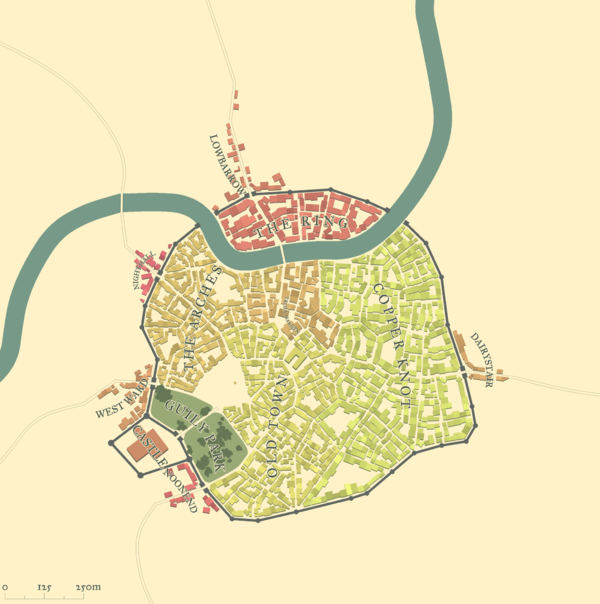