Tallian is the culture of eastern Auseka, especially the kingdom of Fonticia, but also in the eastern parts of Vericum and the south of Biesen and Alheimia.

Despite some Koryo influences and a strong presence of the Seogism religion, Tallian is generally a positive and friendly culture with many festivals, holidays and wonderful art and music. In fact, art of all kinds plays a major role in Tallian culture, more than in any other. Theatre is an exceptionally popular entertainment and every town has one, with cities several. It is also traditional to have children engage in art, and most Tallians have learnt at least basics of some art or another, be it painting, sculpting or carving, a musical instrument, dance, theatre or something else.

Dark hair and green or brown eyes are common in Tallian culture and legends and old folk tales point to a fact few common people realize: That many Tallian people migrated north during and after The Sinking of Pandongia and the culture actually originated further south, in lands that are now lost under the sea.

When a Tallian boy becomes a man, he is welcome to the local male community with a celebration, much like a birthday or nameday. As part of the ritual, he swears an oath to uphold the law and be a right and upstanding subject of his lord. All other men present at the ceremony then vow to report him to the authorities if he breaks this promise. This is not a pure formality or tradition, and Tallian men take it very seriously to ensure that the fellow members of their local community follow all the laws and behave themselves honourably. A criminal in Tallian culture cannot confide in even his best friend, and those suspected of a crime find themselves shunned by all. It also means that when a crime occurs, everyone in the local community considers it his personal duty to find out who among them has dishonoured them all, as it is seen as a grave disrespect towards all of those who witnessed your oath to fail in it. 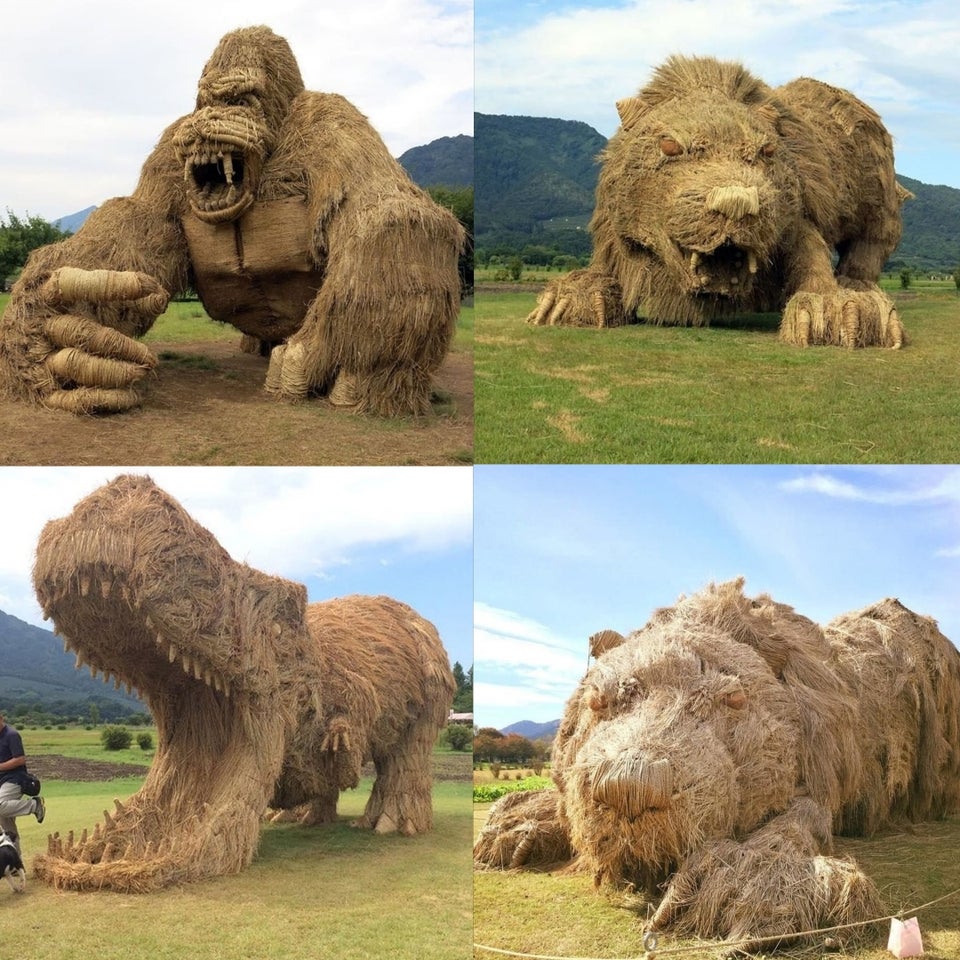 One very common tradition within Tallian lands is to shape the straw left after harvest into the shape of wild animals and leave these straw-creatures in the fields for a few weeks. In some regions, there is a competitive atmosphere to it, and in other regions the entire village works together to create one large animal, often several metres high.

Honour and respect are the driving forces for many Tallians' personal efforts. Especially in Fonticia, where Tallian culture merges with a "grand old realm" attitude, a knight who swore to see a matter through, such as capturing a traitor, fighting a battle or besieging a castle, will see it done no matter what and nothing and nobody - not even a direct order by the king - will see him abandon his efforts. He would rather stand trial for treason but have his vow completed. This can sometimes take excessive shape. For example, in 17 AV, a Fontician army marched to the border north of Gorre in order to eliminate the threat of an Orc invasion. As they were nearing the expected battle site, the leading nobles burnt down the wooden bridges behind them, to ensure that neither they nor their men would retreat.

In Tallian culture, as well as in Shwazen, the day and the night are split into ten hours each. The length of those hours, however, varies by season, because both day and night are always 10 hours long. So in summer, day hours are longer and night hours are shorter, and in winter the other way around. 6 o'clock day is always noon and 6 o'clock night is always midnight. Unlike in Shwazen lands, the last hours of day and night are typically called the "10th hour", not the "last hour".

Robes are a common clothing for both men and women, but only women wear long sleeves with them. Both men and women also wear trousers and shirts, mostly for manual labor or when otherwise required.

Belts are the most important fashion accessoire for daily clothes, and are often embroidered, decorated, with interesting belt-buckles or even painted in various colours.

Another important accessoire is the heraldry of your lord if you are a soldier, servant or otherwise in the employ of a noble. This can be as simple as a clasp, but can also take the form of a piece of fabric hanging from your belt, a banner on your shield or even a cloak or tabard. Showing off your lord's banner means you are under his protection and whoever threatens you will bring the wrath of your lord down on himself. This method of signaling works well within Tallian culture and even thieves and bandits tend to respect the sigils of high lords, especially since throughout history those lords have demonstrated that they are not above burning down an entire forest or sending their bannermen into a city quarter in order to punish those who cause harm to their officials.

For festivities, balls and other entertainment activities, fashion goes to the outrageous, especially among the higher classes who can afford it. Short skirts for men are a thing, often combined with skin-tight trousers made of silk or other exotic fabrics. Hats are very important on formal occasions, and the dresses of the ladies follow the idea of "the more layers, the better", often taking up such a space that it is difficult to reach the lady for a kiss on the hand.

Among the working classes, practicality and weather dictate the exact clothes to be worn more than fashion, but colours are popular even among the peasantry. Dark blue and red are reserved for the nobility, in Fonticia and Biesen even by law, but green and yellow, various tones of light blue and orange are all common among all classes.

In Tallian culture, the mother is the core of the family and even with men being kings and political leaders, it is the women who determine blood lines and family origins. Even inheritances and successions go through the female line, with the brother of the king (who shares the same mother) taking precedence over his son, and any sons of the queen taking precedence over any other children the king might have. It makes for a rather complex inheritance system to pass titles and wealth from man to man, but through the female bloodline, and is the source of quite a few conflicts, but that is how the culture is today. In more conservative areas and in older times, women had a stronger role and would inherit land and property as well, just not political titles. A mixture of both is a very common intermediate form in many other areas, with the woman inheriting as representative of her sons, to the point where she decides when and how much to pass on to which of them.

Family life in Tallian families is ruled by the mother, who is the head of a household and "ruler of the house" as is often said. She will hire and instruct servants, and as far as matters of the home are concerned, even kings follow their mother's and then later their wife's lead. Outside the house, Tallian public life is male-dominated as in other cultures.

While among the nobility, arranged marriages for political reasons are the norm, peasants quite often pick their spouses by themselves and marry for love as often as for economic reasons. In fact, a popular saying goes like this: "A happy marriage is one part love, one part lust and one part wealth." - and in fact most parents will advise or guide their children towards a marriage that they consider a good match.

Unlike the Elladan culture, however, there is no option of divorce among the Tallian people. A priest can annul a marriage if it has remained childless for three years, but to do so is a shame on both partners and is quite rare.

Marriages in Tallian culture are relatively simple affairs, with the couple and their immediate family attending a ritual at the local temple, where both the priest and the local government official - a village head or town major for common people, the liege lord for nobles - will announce and bless the union.

Houses in Tallian architecture can be made from any material, though wood is the most common. They are also quite often colorfully painted. Inside, carpets on the floors and walls are common in any household that can afford them, and straw mats at least on the floor in those that can't.

Another common feature is the courtyard. Larger estates are often built entirely around a central courtyard, while smaller houses are often group together into small communities surrounding such a courtyard, often with a well, a sitting area or other common place. It is also common for craftsmen to be all around one central market place, with their shops opening towards the center rather than along a street as in many other cultures.